Here we are once again with another thrilling episode of the Author Interview series and this juggernaut is showing no signs of slowing down!

For your entertainment tonight, may I present thriller author Ken Fry, as he kindly takes us through the mystery and suspense of his books, along with giving us some insight into his motivations and writing advice.

As always, enjoy the show and have a great evening.

Hey there Ken, fantastic to have you as a guest over here today and looking forward to hearing more about your books and writing processes.

Let’s start with your novels – you are up to four of them now, having released the fourth one in August this year – “Dying Days”, “The Lazarus Succession”, “The Brodsky Affair: Murder is a Dying Art” and “Suicide Seeds: Murder is a Growing Business”. You mention that you write mystery suspense thrillers. Tell us about each of your books, the lead characters and what kind of dangerous situations they are going to face, if they are to have a chance at surviving their fate.

DYING DAYS, was my first serious attempt at writing. It’s not a thriller in any way. It concerns the death of an ex-RAF wartime pilot and the strange legacy he leaves his surviving family.

Like many families there is a dark secret hidden there, which amidst revelations and tragedy is finally unravelled. It deals with each of his two sons and daughter as they tell their individual reactions to their early childhood and eventual adult lives.

THE LAZARUS SUCCESSION – The narrative commences with a short prologue intended to lay the foundation for what occurs later in the story. Written in the first person it describes the scene of the raising of Lazarus by Christ. This event is witnessed by an artist, Annas Zevi. He collects the winding sheets that held the body and is spoken to by Christ, who tells him that he is to paint what he saw happen. This painting becomes the first in a line of successive works across the centuries which are alleged to hold mysterious healing properties.

The successive chapters are mainly in present time and are interspersed with those relating to medieval Spain. The main characters are Broderick Ladro, himself an artist and his lover, Ulla Stuart. They are partners in a TV research company, named ‘Gordian Knots,’ specialising in art and antiquities. They are also clandestine, part-time robbers, prepared to liberate stolen or missing artefacts and works of art anywhere in the world, back to their rightful owners…mostly.

THE BRODSKY AFFAIR – Jack Manton, an art dealer and his partner, Tamsin Greene did not expect to be targets of assassination attempts. But when they began to track down the lost paintings of Russian Artist, Mikhail Brodsky, now worth millions,…that is what happens.

Berezin, a partially disabled, entrepreneurial Russian criminal, murderer and art thief employed a deadly and vicious ex Soviet agent, Vladimir Novikov to follow Manton and use whatever means necessary to steal what he finds.

The chase moved from Australia to UK, Russia and France as Interpol attempted to unravel a complex trail of murders and thefts.

In between this, Brodsky’s early life in Russia and his last days before he was executed in a Nazi concentration camp are revealed. It is in this camp that he concealed his last great work. Manton faced a perilous path of murder and deceit before Brodsky’s last, unfinished work was revealed and its destiny decided at a final confrontation. But is this where the story finally ends?

SUICIDE SEEDS – Lloyd Olsen, top executive in a major western GM seed company, NewCrop, is asked to head up the company’s West African operation. He is unaware of its criminal intent. West Africa is a staging post for a larger and highly suspect operation, that of a non-seeding, nightmare crop, dubbed the Suicide Seed, destined to pollute and ruin the whole of the continent’s agriculture.

A senior agricultural figure, a disabled Dr. Khan discovers the conspiracy but in doing so will he survive? A murderous rescue attempt is undertaken. With no guarantee of success.

What attracts you so much to the mystery suspense genre? Why do you write in this particular genre in preference to all of the other genres that you could be writing in?

I think that question should be rephrased. Why are these stories attracted to me? I don’t know. It was never what I intended to write. I had visions of writing sweeping sagas with social relevance and impact but I guess that’s not to be. I enjoy the writing of mystery and suspense and the research is fascinating. I’ll continue in this vein until I’m called elsewhere but not too likely as I have other ideas in the pipeline.

If your novels were to be made into movies, who would you cast in the lead roles?

The most difficult thing about writing is for me my inability to keep to a planned storyline. It is always changing and I have been known to scrap a book when I’ve bee twelve thousand words or more into it.

The easiest thing is switching on my desktop and staring at it and wondering. Otherwise I enjoy working from my hand written notes.

There have been many. Hermann Hesse springs to mind, Franz Kafka, Raymond Carver and George Gissing. I could go on a bit more as so many have a uniquely defined quality that you don’t find in other authors.

I use reference books, atlases, biographies and historical volumes, which I link in with my narratives also in conjunction with the Internet. I’ve travelled quite a bit and employ also that which I have seen and heard. 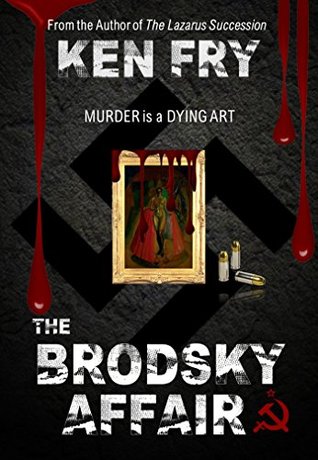 I don’t know the hard answer to that. But ever since I was a boy I loved to write little stories but not until later in life did I take it up. Once started I wished I had started years back.

A frequent occurrence. I go and have a few beers, take the dog for a walk, forget about writing, a few more beers and then go to bed with notebook and pen. My best ideas seem to formulate themselves at night and wake me up. I have to write them down or I’m liable to forget. 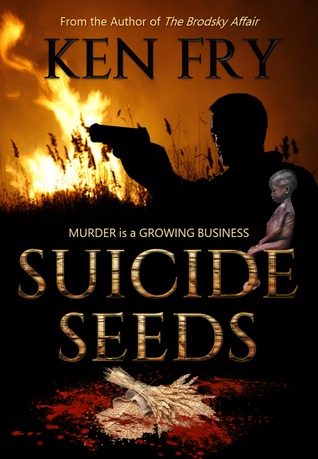 I read to gather inspiration, watch a few films on my kindle when in bed and take ‘Dickens’ my Shetland Sheep Dog for long walks.

Have one completed story in the wings…a genre I’ve never approached before. It’s a historical tale set in the time and action of the Third Crusade…It has an element of truth in it and concerns the story of a female Crusader who was mentioned in Saladin’s court papers…It deals with her early life, banishment to a nunnery, her escape and quest to find her knightly lover in the Holy Land. There are others floating around but I’ll keep those under wraps for now.

(Is That You, Jim? came out after this interview was conducted and is available to buy now)

Don’t despair for if you were meant to write nothing is going to stop you. I always take a notebook and pen around me and record countless scenes, encounters and snippets of other people’s conversations. They become an important source of reference…and finally…edit when sober!

And that’s a wrap! Thanks for spending time with us Ken, looking forward to spending some time checking our your intriguing books 🙂 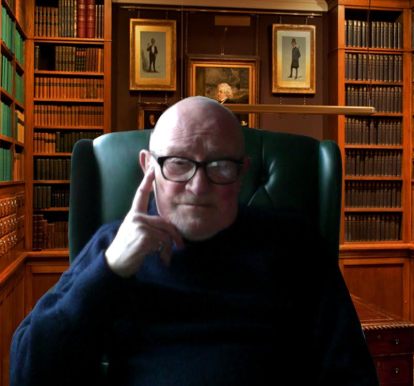 “Writing, I started far too late in life. It’s been a tough journey with little financial reward but one that’s preserved my sanity and given me immense satisfaction. I’ve learnt much and have even more to learn. There are plenty of ideas and I have a file of unfinished books. Whatever I plan invariably changes without me asking it to do so. This happens time and time again. I’m not the most orderly of scribblers and am guilty of writing notes and ideas on backs of envelopes and scrap paper. I invariably lose these.

Many of my ideas wake me at night in bed, and I have, since long ago, resorted to keeping pen and notebook close to my pillow to record my Nobel Prize winning thoughts. I love the research aspect involved in writing, the things I can learn are amazing, and I often prefer it to the actual writing! Any excuse eh?

On a personal note, I love animals very much. They don’t do my head in! I spent a lot of time wandering around the world but still have places to visit. I spent time in a Zen Buddhist monastery and that experience shaped my life and stays with me to this very day. I got involved in publishing and owned my own company, which I eventually sold. Science and the Universe have forever fascinated me. What man has achieved in this field are amongst the greatest of our achievements.

I also have a degree and a Masters in English Literature. But whatever you’ve got, including those of Creative Writing don’t hold too much water in this crazy creative area you’ve chosen to embark on…I love you all…Ken.”

You can connect with Ken on the following Social Media channels:-

Buy books by Ken Fry in the UK/Europe

Still want more? Well, Ken’s books have elements of suspense and mystery, where secrets are concealed and then ultimately revealed. For more articles relating to the theme of ‘Conceal’ then check out the links below:-