Just one more day until the weekend, oh how I am looking forward to that and I’m sure you all are too!

For tonight’s Author Interview, I would like to introduce you all to Lori Beasley-Bradley, as she takes us into her worlds of historical romance and historical fantasy fiction, so without further ado, let’s get cracking and on with the show.

Hi there Lori, so good of you to join us here today to talk about your written works and writing advice.

Let’s start with your novels that you have released this year – “The Green River War”, “Promises”, “Haunted Delphi: A Tale of the Black Bayou Witches”, “Man in Black” and “Moon of the Witch”. Can you give us a brief overview of each of these works, what the focus of each of the stories are and if any of the books are linked at all when it comes to the characters, do any of them cross over or are these all stand-alone novels? Furthermore does every book have a connection to witches/black magic or is that theme only common with some of them?

Moon of the Witch, Man in Black, and Haunted Delphi are all connected in that they relate to covens in my fictitious Black Bayou in southern Louisiana and to my first novel The Legend of the Swamp Witch. Promises is a contemporary romance with characters in their mid fifties and sixties. The Green River War is a Western that takes place in central Texas in the 1870’s. It’s a romance between a 40-year-old woman who’s been divorced by her abusive husband, but finds romance and a future with a 45-year-old drifter cowhand. 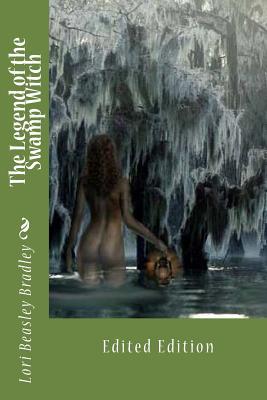 Last year you also released two books in a series called “The Soiled Dove Sagas”, a historical series set in the Old West dealing with prostitution in the 19th Century. Please tell us more about who your protagonists are and what angle you are taking with this particular saga when it comes to their points of view, story arcs and character motivations?

The Soiled Dove Sagas came to me after watching a History Channel documentary about prostitutes working the California Gold Fields. I was further inspired by the HBO Series, Deadwood, that did such an excellent job portraying the lives of women practicing prostitution in the Old West. My characters, Mattie Wallace and Roxie North meet in 1870 while traveling in a stage together and then on a Mississippi Riverboat. In the course of the three books they travel from St. Louis by way of Abilene, Kansas, Dodge City, Denver, Colorado Springs, and finally Prescott, AZ where the series wraps.

If any of your novels were to be made into movies (or even a TV series), who would you cast in the lead roles?

I’m 58 and don’t know the names of most of the young actors and actresses these days.

I’m afraid one of my books would have to be made in black and white with actors popular decades ago. I didn’t have any actors or actresses in mind for most of my books as I wrote them.

Angelique Clairvoux in The Legend of the Swamp Witch is mulatto and I pictured her as Halle Berry.

As I was writing The Green River War, I pictured my heroine, Millie as Sissy Spacek and Trevor Aimes as Tom Sellek in his mid-forties.

The hardest part of the writing game for me is not the writing, but the promotion. I always thought the writing was supposed to be the hard part. Not!

I have endless ideas. With a good outline program it’s simple to plot a story and with a basic knowledge of grammar, the writing is easy! Promoting my work is the struggle! I hate shameless self-promotion. My mother beat humble into my head as a child. Never brag on yourself! It’s rude! Now it’s required and I have a very hard time tooting my own horn.

I love history and enjoy the research into my subjects. The third book, Crown Queens was especially fun to write as it takes place in Prescott, AZ, and I was living in Arizona and quite familiar with the area. I’d walked the same streets my characters walked. Roxie and Mattie are both very forward thinking women, living in a time when the only women with any true freedoms were prostitutes. Women could not have their own money or hold property in their names. Prostitutes, however, managed it. (they generally knew all the dirt on the bankers and public officials.) It’s not widely know, but most social programs of the day were run by prostitutes. They ran food banks for the needy and paid for schools and libraries. They sponsored holiday parties and picnics. If it hadn’t been for a madam, the city of San Francisco would not have been rebuilt. She had cash hidden away and used that to make loans to men when all the banks had been destroyed and there was no federal deposit insurance.

When there were epidemics, doctors turned to prostitutes for nursing services and Madams gave their bordellos to be used as hospitals. Prostitutes were the women who won the west! Miners and cowpokes came west first, followed closely by prostitutes. Many of those married the miners and cowpokes. Then churches followed and towns were born. Book 1, The Ruby Queen is told from Mattie’s point of view as a 19-year-old coming into the business. Book 2 is told from Roxie’s point of view and takes the reader through rediscovering her lost husband and rekindling their romance. Book 3 is told from both women’s alternating points of view and their life in the rough-and-tumble territorial capitol of Prescott, Arizona and their individual Happily-Ever-Afters.

I was born in 1958 in a small town in southern Illinois. My father ran a small manufacturing plant making barstools for Sears and my mother was a nurse. I am the oldest of five children and grew up on a small self-sustaining farm.

I’ve been writing for as long as I’ve been reading. I was that kid in school who hid books behind her textbooks and read in class. I also wrote stories that got passed around during class. My teachers either loved me or hated me.

I tried writing short stories in the late 70’s and early 80’s, but got lots of rejection letters and gave it up. I continued to read, however. In 2009 I suffered a stroke and lost my ability to read for pleasure, though I could suddenly read and understand technical manuals, which I could not suffer before. In 2013 my daughter, Tiffany Rock wrote a YA novel and talked me into writing again. I sat down and wrote a novella. Soon after writing that, I found to my great joy, that I could read fiction again. The brain is a funny thing! I didn’t publish the novella, but enjoyed writing so much I wrote the Legend of the Swamp Witch in 2014.

I always have several projects sketched out on my laptop. If I become blocked while working on one, I set it aside and move on to another until the mood strikes me to go back to it.

I’m currently working on a contemporary romance about a woman in her late fifties who goes back home to the small town where she grew up and strikes up a romance with a man she knew in school. She is remodeling her grandparents’ home and wakes up a ghost. Actually, the ghost has been visiting her dreams all her life, but she never realized it was a ghost. She’s used the image from her dreams to create characters for her romance novels. When she begins going out, she runs into acquaintances from high school and has to deal with the mean girls again and old flames. I started writing it as a ghost story, but it soon turned into a story about someone dealing with the reputation she made for herself forty years earlier. It’s called Dreams of Molly and should be live in early 2017.

A historical romance called Sweet Rewards will be live soon. It is set in New Orleans and on a sugar plantation outside New Orleans in 1876. I took the lead male character from The Ruby Queen, Charles Deveroe. He’s less of an ass in Sweet Rewards, but not much. When I was writing him, I pictured the actor Clark Gable.

I’d tell my younger self not to stop writing, find a critique group for guidance, and borrow the money to buy some stock in Apple and Wal-Mart! Then I could afford a publicist when I need one.

I published my first book using CreateSpace, and haven’t stopped writing since. I’ll continue writing until I die. So never give up and keep writing!

And that’s a wrap! Thank you for chatting with us today Lori, look forward to delving into your books further 🙂 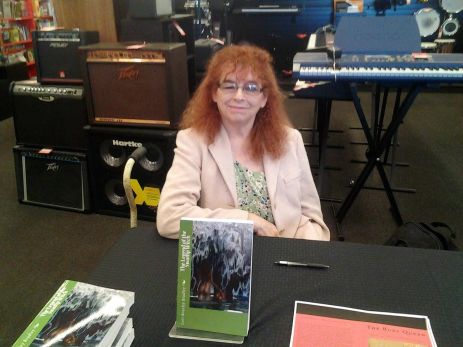 Lori Beasley Bradley was born in Southern Illinois and grew up in a very small town called Akin. She has done an in depth study of that village’s history and is planning a historical novel set there.

Lori has had a love of reading and writing since grade school. She has also been an avid historian, taking every available history class in school at every level. She owned two successful costuming businesses dedicated to Medieval and Renaissance re-enactors.

You can connect with Lori on the following Social Media channels:-

Still want more? Well, some of Lori’s books deal with witches, who are part of an ancient society and tradition. For more articles relating to the theme of ‘Ancient’ then check out the links below:-