Welcome to our Writer Wednesday segment for this week.

Just a quick note before the fun and games start – I link to a lot of other articles in my posts, so WordPress users please check your spam folders and approve any links/pingbacks that you find from me in your Setting Menus to improve the visibility of your own posts, as well as mine, it’s a win win for us both 😉

OK, let’s get cracking with the main event.

I am very excited to introduce to you all Mexican Horror writer extraordinaire Maese Delta, as he takes us on a journey into an epic fantasy world full of chills and adventure.

Thanks for reading and as always, have fun friends.

Hi there Maese, a real pleasure to have you over here to discuss your horror writing, along with your writing passions, influences and experiences.

Let’s start with your debut novel that you just published at the end of last year “Crimson Malice”. Congratulations for getting it out there and for giving us a hearty horror meal to sink our teeth into! Please tell us more about what type of book you have written, in terms of the story/fantasy elements, along with what perils the lead protagonists face and what is ultimately at stake for them at the core of your story.

For 15 years, I’ve created a world (Everdant) in which to develop my stories, carrying the sublime and the terrible, the epic and the wicked in the human condition.

In Crimson Malice, it’s about a girl who develops an increasing, morbid fascination with blood. its very sight impossible to look away from it. Whether by stumbling into fresh kills from the animals in the forest where she lives, or glimpsing bruises on others and even her own, they all will serve to turn it into a more dangerous habit should she fail to control the urge.

The village in where she lives has remained undisturbed for a while, despite fear and superstition lingering beyond their reach. Although they are seen and revered as healers/protectors, in neighbouring realms the presence of witches is feared, for they are not always easy to kill with mortal weapons, and given their lore in magic, they can toy with flesh, mind and nature just as easily, whether meddling in the affairs of realms or spreading terror to those who fancy themselves as the sturdiest men, bloodied yet unbowed.

That’s when the plot brings up the role of Einar, who serves as the chieftain of the village, who has been asked to keep a watch on the witches’ community, by order of king Crovan, commonly known as the Raven Lord. There has been a disturbing increase in miscarriages, and he fears it might be work of a foul curse, which he seeks to find whatever means to lift it. When he finds out that his wife is soon to give birth, he would grow even more restless to secure an heir as well as keeping his wife alive, and in the meantime, searching for those he can trust and sort out the witch who has cursed the women in his realm.

As for Omina, she vows to restrain her urges for as long as she can before letting any incident to draw any attention to her and her mother, as well as the other witches in the village. As the daughter of a healer witch, there can only be so much trust between them as the antics once done as a child become tangled with the morbid arousal for blood. And thus, from quick glimpses to cuts and bruises, to dreams of cutting herself, there might be circumstances which won’t be under her control anymore. 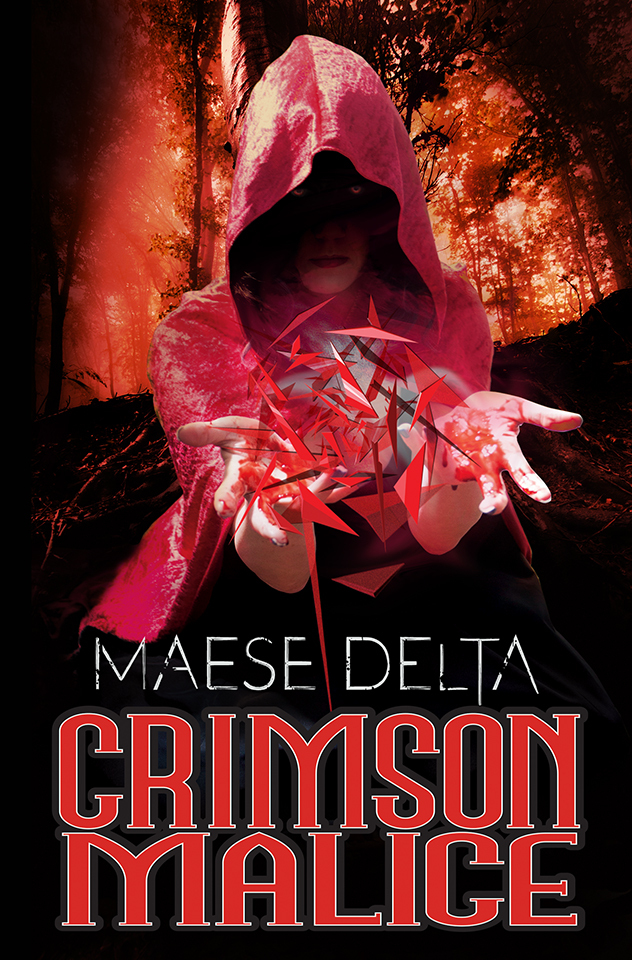 What is it about the Horror genre that attracts you to it the most regarding your own writing and reading habits?

An appreciation for the uncanny, the disturbing, the unnatural; the very encounter of something that defies belief and reason, not just in the rarest of circumstances, but also in the most common of places, as if it were the ripping of a veil from the common life and thus, sets a whole new situation to deal with.

For the protagonist, Omina, I think Krysten Ritter would be fine. For Einar, that would be Stellan Skarsgård, while for the Raven Lord, I’d say Rufus Sewell. Another one I’ve envisioned is Cillian Murphy as Renksen, lead physician of the Ravenheads (they’re like Plague doctors).

For the most difficult, pacing. Sometimes, I get past the limit of pages I might have for a chapter, and when dealing with timelines that span more stories, I need to check on them to rule out any contradictions.

As for the easiest, that would be planning out stories. In fact, it’s something I’ve been doing pretty much with almost all of my stories. First, I’ll write down all the chapter titles, just like that. That is how set my mind on finishing a tale or novel.

It’s a habit I got for recalling movies’ names, or the chapters in which they were divided in DVDs, and also, the song titles in albums. I’d say it’s like a leitmotif, picking words and turning them into chapter titles, and from there, to develop a whole story, from beginning to end.

I’d sort that answer into the following:

(Maese Delta and other fellow authors at Fear Front Publishing)

Usually check on other books related to the genre I’m going to write. I’ll ready some outlines and notes when it comes to more specific themes and plots, literary devices and research about things I ought to know before using them in the story.

After seeing ‘The Lord of the Rings: The Fellowship of the Ring’ back in 2001, it was like a revelation to me. Not only did it led to become a fan of epic fantasy but to appreciate the movie of story-telling in both movies and books. I began hoarding as much as I could of epic story whether Ancient, Medieval, Renaissance, Eastern, Fantasy and Modern ones.

To be able to portray in words the very things that define the human condition in characters I have created, for stories that stop being just a mere collection of words. Even though they might end up as mere entertainment, here and there, they are for me like an echo, a call, hints of things that are not meant to be ignored.

Most of the time I’m writing while listening to music, classical or soundtracks from movies and videogames, so it gets me in the proper mood for writing. Should that not be enough, I take a break and get to read another book or watch a movie.

However, even when I’m not fully aware that I should be finding for inspiration in everything, as if I had to force it, to struggle for it, there’s the habit of making references, wordplay, even puns…it can be triggered by certain things I get to see and/or hear.

Learn to appreciate the classic literature of more countries, never lose the sense of wonder, whether for the sublime and terrible that is the human condition.

Finishing half of the stories already planned, and learning to paint with watercolours to illustrate my favourite scenes from those stories.

Read and write, do not lose the sense of wonder, not just at the human endeavours but at the very things already happening in nature. Like Algernon Blackwood once said, a marvel that instructs.

And that’s a wrap! Thank you for spending time with us Maese, I’m sure all the horror fans out there are really going to get a lot of thrills, chills, scares and pleasure from your writing for sure 🙂

Maese Delta was born in Ciudad Juárez, Chihuahua. He began writing after seeing The Lord of the Rings: The Fellowship of the Ring. Such fascination with stories, fantastical or historical from around the world led him to quickly develop a passion and interest that enriched his imagination. And as such it helped to discover and keep other wonders like Metal music, swordmanship, history and folklore.

His main interests are Epic Fantasy and Horror, being influenced on the former by Tolkien, Martin, Miura and Sapkowski; and on the latter by Algernon Blackwood, Arthur Machen, William Hope Hodgson and Horacio Quiroga.

Since 2001 to this present day, he has spent working on the world of Everdant, for which a two volume novel was written originally in english and then translated into spanish. In the last years of his college life, he began writing some stories ranging from fantasy to horror to submit to contests and anthologies while outlining more tales…a strife which recently came to fruition after fifteen years with the accepted submission of the book Crimson Malice.

As a personal project, he’s translating in English his favorite works of authors such Giovanni Papini and Curzio Malaparte, seeking after further completion the way to get them properly published to spread the word.

You can connect with Maese via the following Social Media channels:-

You can buy his book here:-

Still want more? Well, as writers we are constantly striving to create the best illusions possible, weaving our written magic to transport readers to epic fantasy lands, just like Maese has done in his outstanding debut novel. For more articles on the theme of ‘Illusion’ then check out the links below:-