Welcome back to the best place to get all of your writing tips and tricks, along with discovering some amazing new authors.

I think we all have that Friday Feeling where we simply cannot wait for the weekend and what better way to celebrate it than the launch of an exciting new book.

Therefore, please may I introduce you all to author Ernest Lancaster, as we join him on his Blog Tour for his debut Suspense Thriller “The Jinx”.

Enjoy the show and have much fun as always folks, thanks for reading 🙂

Hi there Ernest, a pleasure to have you here today to discuss your debut novel release, along with your own passions, influences and writing experiences.

Thank you for inviting me.

Let’s start first with your Suspense thriller novel itself “The Jinx”, the first of a trilogy in your “Memphis MO Series”. Please tell us more about the plot and themes of your book, along with the conflicts your lead protagonist Rick Munro faces, as death, destruction and corruption unfolds all around him, forcing him to question who to trust and where to turn before it is too late for both him and his team.

Police sniper Rick Munro suffers a first-call jinx. Disaster strikes and an innocent dies at his unwitting hands when Munro enters into any new position, from his inaugural hot call as a rookie to his first hostage crisis.

When Munro returns to TACT as a newly promoted lieutenant, the curse torments him. To find out if it will break or destroy him, he must contend with team members’ rival agendas. These range from ruthless lone wolves competing to score the most kills, to young cops stumbling over lofty ideals and women with their sights set on becoming the first female member of TACT.

Set in Memphis’ underbelly, authentic characters confront timely subjects including unintended consequences of gunfights, cops’ street-survival ethics and the malevolent seeds sown by hate radio. Loyalty, treachery and redemption all broil in a profound stew of foreboding in THE JINX.

Jon Hamm and Jodie Foster. Both of THE JINX’s protagonists, Rick Munro and Loretta Voletta, have been around the block a few hard times. And Loretta is Munro’s senior. Jodie Foster has proven her chops as a determined FBI agent. In THE JINX she could rehash that pluck as an aging hooker, resolved to lift herself off the streets by her own bootstraps. Plus, my wife thinks Jon Hamm is hot.

What would you choose as your own personal mascot or spirit animal when it comes to you and your style of writing?

What do you think most characterizes or defines your writing? Do you have any writing quirks or themes that constantly crop up in your stories?

Authenticity. Make no mistake; my work is fiction. But it wells from a spring of thirty-three years of experience as a cop. I can talk the talk because I walked the walk – literally. I pounded a night beat in 1976-77, when downtown Memphis was a boarded-up ghost town after sunset. Beale Street lay dark and The Peabody stood shuttered. I remember praying the crumbling buildings on Beale wouldn’t fall and kill a tourist. The entire district either needed the wrecking ball or rejuvenation, and other than tourists, the only souls attracted there were those most comfortable in the shadows.

I often explore the theme of right versus wrong. Early in THE JINX, Munro tells Loretta, “…good and bad wear more faces than a diamond. And beauty lies in the eye of the beholder.”

Some cops in my tales lose sight of what is righteous and what is dishonorable. And some players, whom you would least expect, posses a strong sense of justice. 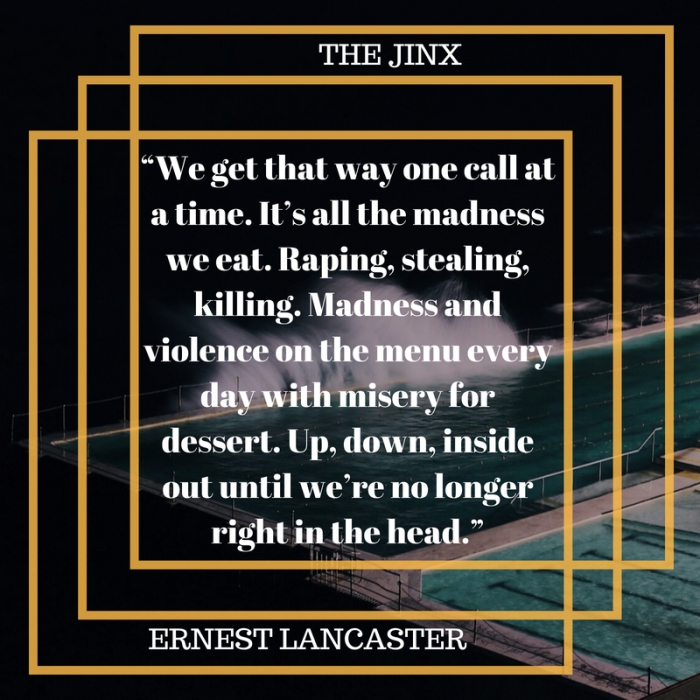 Writing is a grind. I have to park at my computer every morning and focus on either creating characters, outlining plot, revising manuscripts or marketing. It’s all hard. But it’s a gratifying labor of love.

Who are some of the authors, musicians, poets and/or historical figures that inspire you?

Ernest Hemingway. Papa had plenty of egregious flaws, but he was a product of his times, generations ago. He revolutionized American fiction by knocking the stodgy pillars out from under cumbersome literary work, paving the way for authors to make their narratives more readable for all. I especially admire that he wrote from hard-earned experience and observation of horrific events. Hemingway’s gritty realism flavors my work, but I write in my own unique voice.

I researched my work for thirty-three years on the streets of Memphis. In book two of the Memphis M.O. Series, THE BLACK SPANISH FLOWER, I probe events that occurred in Memphis that shaped American history. I relied on erudite books and other sources for that. 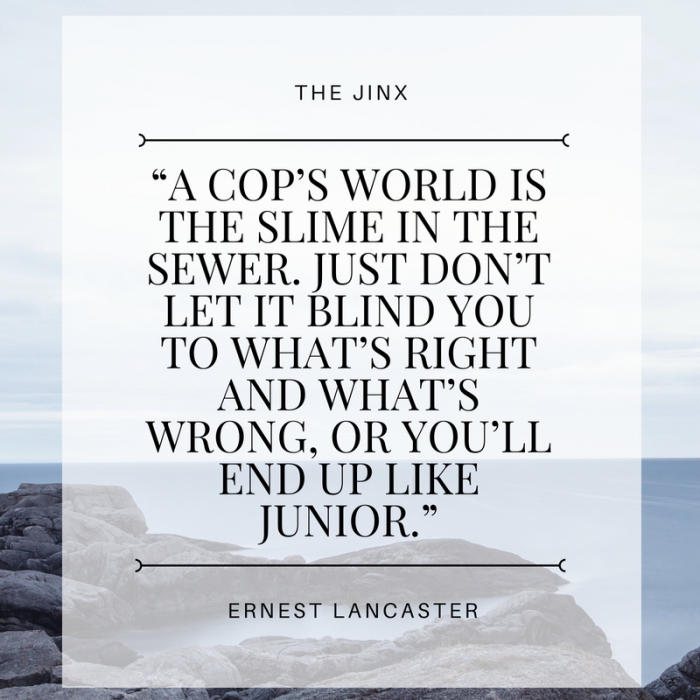 Because I have to. To say policing in Memphis was stressful is understatement. Writing has been a liberating vent to release the volcanic pressure that led to a nation-leading per capita number of cops’ suicides.

What keeps you motivated during creative slumps? How do you deal with Writer’s Block?

I keep writer’s block at bay, first by building solid characters. I ensure important players have goals they badly want with believable motivation for craving them. And then I put rigid obstacles in their path in order that they not only have to work hard, but also to sacrifice dearly to achieve their dreams. Second, I take a great deal of time to draw a rough outline of a plot. I usually know how a book will end before I begin writing, and that yields a road map. Do those things, and the book almost writes itself. Third, I follow Hemingway’s advice: Never stop writing at a place where you don’t know where your story picks up the next day.

I’m glad I don’t have a time machine. I made many mistakes, but I learned from those life’s lessons – eventually. 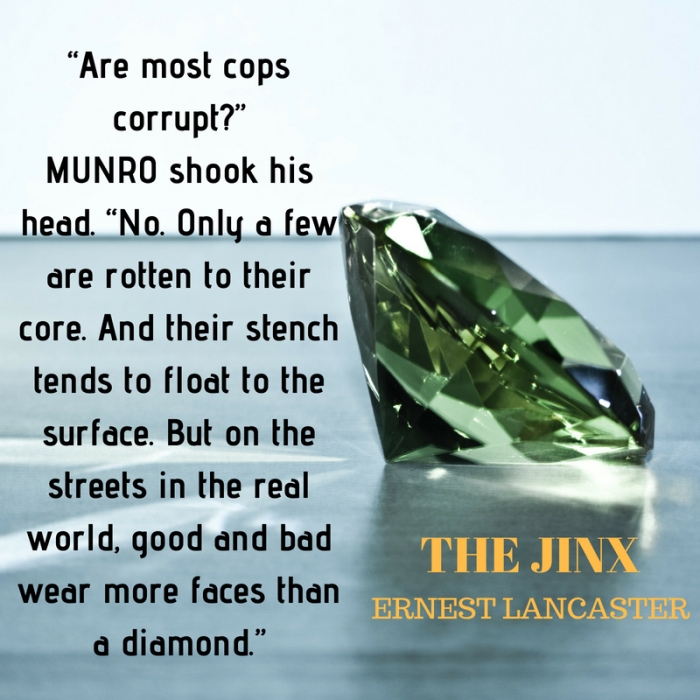 I love to hike and camp in the Smoky Mountains. The Smokies never cease to help me recognize my tiny place in the universe.

I’m focused on making The Memphis M.O. Series succeed. I’m currently working on the fourth book, THE WHIZ KID. I also have my first novel, PEABODY BLUES, a standalone, completed and waiting patiently for me to breathe life back into it. In 2012, I self-published a book of short stories and flash fiction that sold a handful of copies. I’d like to find a bigger home for those stories.

Write something unique. Tell the story only you can tell. Develop a writing habit, where if a day goes by that you don’t write, it gnaws at you. Read a lot.

And that’s a wrap! Thank you for joining us Ernest, good luck with your Blog Tour, we all can’t wait to embark on a new adventure and get stuck into your thriller as soon as possible 🙂

Thank you again for this opportunity. Unknown authors have a daunting hill to top.

Ernest Lancaster retired from the Memphis Police Department as a captain after serving as a cop for thirty-three years.

In the early seventies Lancaster spent two years walking a night beat in downtown Memphis, when The Peabody and Beale Street lay boarded up and crumbling and the center city became a dystopian ghost town after dark. He patrolled in ward cars, trooped for three days through a sea of pilgrims to Elvis’s funeral, edited the Memphis Police Association’s newspaper and acted as the association’s vice-president. For twenty-six years he held positions on the TACT Squad.

Lancaster now resides with his wife and Yorkie in the Smoky Mountains, where they love to hike and camp.

You can connect with him via the following Social Media channels:-

Buy “The Jinx” by Ernest Lancaster in the UK/Europe