As mentioned in my previous post, I have even more interesting entertainment news for you tonight, with another spectacular book release for all you Young Adult Fantasy fans to enjoy.

I have previously interviewed the amazing Jenna Greene and you can find the Author Interview that I did with her here.

Jenna has now released the third book in her “Imagine!” series and I’m sure you will all be excited to know more, so let’s delve in deeper!

LETHBRIDGE, ALBERTA:  When Jenna Greene released Imagine in 2015, little did she know the path of success the series would have. Readers were captivated by the element of romance and functionality in her writing, a testament to her career as a school-teacher. Beyond that however, the series took on a life of its own with stellar accolades in cover design to writing style not seen before in the genre of Young Adult fantasy.

Three years later, Jenna is now releasing the third installment of the series titled Heritage which is published by Champagne Books. With one book yet to be released, Heritage is the penultimate book in the Imagine series. In this book, characters continue to battle against the anti-magic Coalition which has now taken over the kingdom of Areth and its rulers. The Naturals are split apart as they try to defend the sanctity of the Painter’s Valley, rescue friends from imprisonment, and discover why their magic is no longer in their control.

Jenna is known for using a variety of writing styles to create awareness and gauge interest from her readers. She has done this with every one of her works which include six published works along with now, the third book in her Imagine series. Jenna has a passion for writing and that element allows her to create characters that her reading audience can relate to and keep real. Recently in a spotlight feature in Pandora’s Box Gazette, Jenna stated:

“I don’t know how young I was when I identified as a writer. It was probably when I first started school and a teacher told my parents I had talent. Since then, I’ve always known writing was something I would pursue. There are stories in my head that I have the desire and ability to tell.” 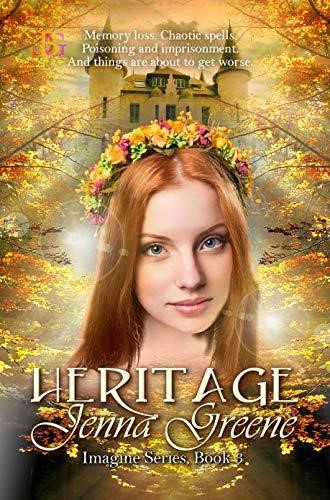 As Becky tries to adjust to life back on Earth, in Oren, Prince Eston suffers under the deadly effects of broxide poisoning.

While Cristox Savu joins with an unlikely friend as he attempts to save his people from extinction, Leda and Jamee, two of the three Naturals, those born with magic, struggle to defend the sanctuary of the Painter’s Valley.

And, even as they finally face the feelings they have for each other, Kat and Ino must evade the Coalition’s clutches as they journey to discover what is affecting magic across Oren–before it is too late and magic, and an even deadlier enemy, destroys Oren and everyone Kat cares about. 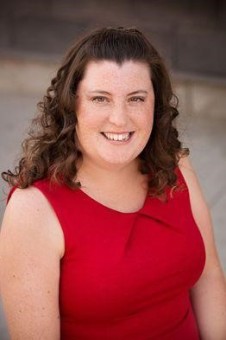 Jenna Greene is the author of the acclaimed Young Adult  Fantasy series, Imagine! She is a middle school teacher, dragonboat coach, enthusiastic dancer, and semi-professional napper. She lives in Lethbridge, Alberta with her husband (Scott), daughter (Olivia), and dog (Thor, dog of thunder).

Jenna is available for interviews, media appearances, speaking engagements, and/or book review requests – please contact mickey.creativeedge@gmail.com by email or by phone at 403.464.6925.