Welcome to another installment of the Author Interview Series.

Today I have a very talented and funny guy who I would like to introduce to you all, along with his madcap antics, writerly wisdom and anything else he cares to throw into the mix.

Please put your hands together for artist, author, musician and humorist Arthur Browne and buckle up for the ride because things are going to get a little strange. But in a good way.

Arthur, thank you for taking the time to grace us with your presence in this Author
Interview Series.

Thank you for having me. I like being had 🙂

Let’s start with your Sci-Fi novels. You are up to three now for your series “The Otherwhere Chronicles”. Tell us what inspired you to write a Sci-Fi series and give us more details on all three of these novels. As I understand it, you have even taken the time to illustrate the characters too on your blog, in an effort to get us more familiar with them and the world that you take us into.

In order to explain what is happening in the three novels…and the fourth one, which I am now editing with a blog friend…it would literally take me as many words as there are in the novels.

I started with the idea that I would create a hero for the entire universe, and all the other universes too, who was completely unhero-like. So I picked me as the main character…not the me in this universe…a me in another of the universes.

But he is still mostly me, if you see what I mean, except that he goes from being a janitor in a Texas-style bar on an alien space station to being the hero in an absurd rescue mission to free hostages taken by space pirates…and then saving San Francisco from being atomized…and then running the biggest human/alien corporation in all history, and then he somehow ends up as the supreme commander of a combined allied defence fleet that has to stand up to a huge invasion from another dimension…all while not really being interested in being a hero.

He is middle-aged, lazy, sarcastic, irreverent, doesn’t take anything seriously, and just manages to muddle his way through, all while his every move is being live-fed to vid-screens all over the universe.

Like I said, he is me. And the funny thing is, that is how I wrote the books. I never thought more than one paragraph ahead… no planning at all…just like he does…and I would end up stuck somewhere with an alien assassin wearing tie-dye… or surrounded by human supremacists and human-hating aliens, and we would just figure a way out together…but not for a few days, sometimes.

You have also written Children’s Books & a detective novel (Double Service). How did you end up going down these particular routes off the back of crafting a Sci-Fi series? What are these particular stories about and are they serious in tone or full of your trademark humor?

Ummm…the way I have described the workings of my mind is by saying I have a head full of crack squirrels. Also, I am all art-side-of-the-brain. I honestly have no idea where my ideas come from. (Which is funny and sort of ironic, if you think about it). I just keep typing…and drawing…and whatever, to try to keep up with the flow. The murder mystery set in World War Two London is not silly at all. I wanted to try one serious book, and I am now working on another, and another children’s book too. The books for kids are very silly, and the artwork is awesome…I will try to get some of the pictures from them in here…but I am a computer moron. (Ed note – Arthur managed to do this, despite his protests at being a computer buffoon and I’ve included them throughout the interview). 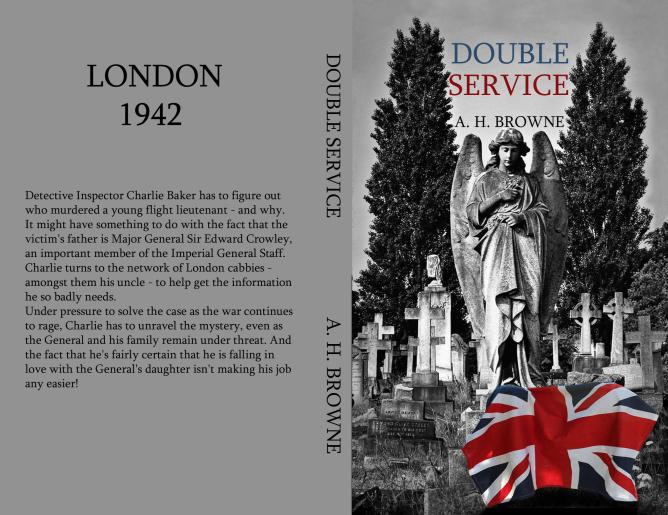 For you what is the hardest thing about writing? And what do you feel is the easiest thing?

Writing is not hard for me, except for one thing…a long novel, or worse, a series, is like having a big bundle of strings a mile long, all tied in a neat knot at one end, which is where you start the book, and you give the other end of each string to a crack squirrel, and let them run into a mile-wide forest. Then, all you have to do is walk around the forest, find the other ends of each of the five thousand strings, and tie them all in a neat bundle. Simple, right? I mean, I can’t say an alien has 12 fingers in book one, and then change it to 14 in book four. I did a lot of character sketches…and I came up with a funny accent for each alien, so I could talk to them and get a feel for the real them…I like to live with my characters as I write. But spelling and grammar…those are hard…and I can’t market my stuff. I need an agent. 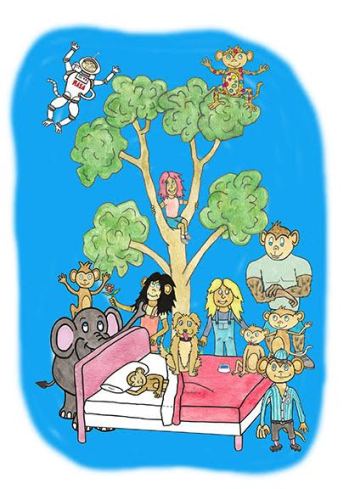 Oooooh…Edgar Rice Burroughs…Robert E. Howard…Harry Turtledove does awesome alternate history…I mean, I am a voracious reader, I have a lot of them.

It is all just in me. I used to tell stories to my friends in high school in this cave in a cemetery where we used to hang out. It is why I have a blog too.

Where do your ideas come from? Do you have a specific routine to help you to access/develop them?

I am nowhere near that orderly. I have no discipline. There are always five million ideas bouncing around in my head…and I paint and draw, I write music, play guitar and sing…I carve tikis, and am learning blacksmithing, and there’s the blog… 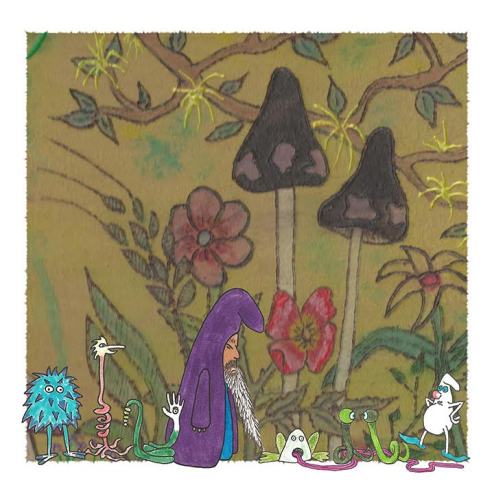 I have the opposite problem. I can’t keep up with myself. I have drawers full of notes for idea that I haven’t gotten to yet.

Uh…see: all my answers above…what the hell is free time? 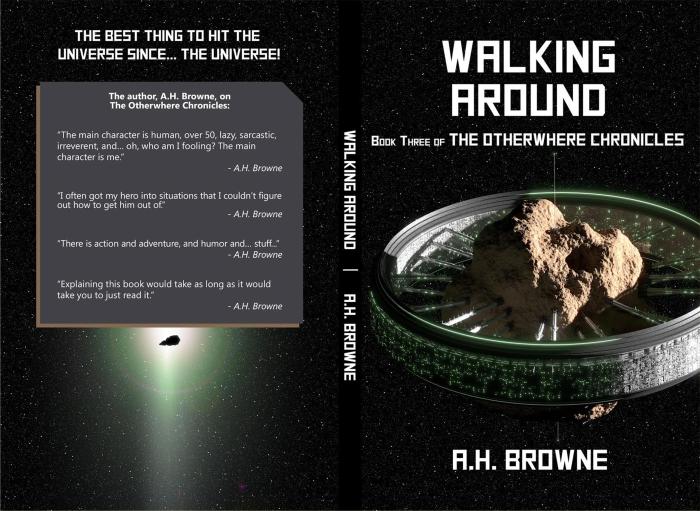 Tell us more about any of your further upcoming projects. Are you working on anything specific or have plans in the pipeline?

I do, thanks so much for asking. I am doing another kid’s book. I am writing an adventure novel about princesses that I hope will steal that genre back from fairy tales and the freekin’ Disney Corporation…and…you know…stuff…

Yes…don’t do it…run screaming…it is like pulling your own soul out of yourself… through your smallest orifice…Seriously, don’t force it. Don’t follow rules. Don’t rush. Don’t go for word count, or get hung up on schedules. Write what you want to, what you know. But most of all, the characters you make up have to be as real to you as anybody in your life…(which will piss those people off)…get to know them, talk to them, pretend they are with you while you are doing stuff. Wonder what they would do in different circumstances. Feel them.

And that’s a wrap – thank you for your time Arthur and for being a very entertaining guest, along with sharing all of your amazing characters 🙂 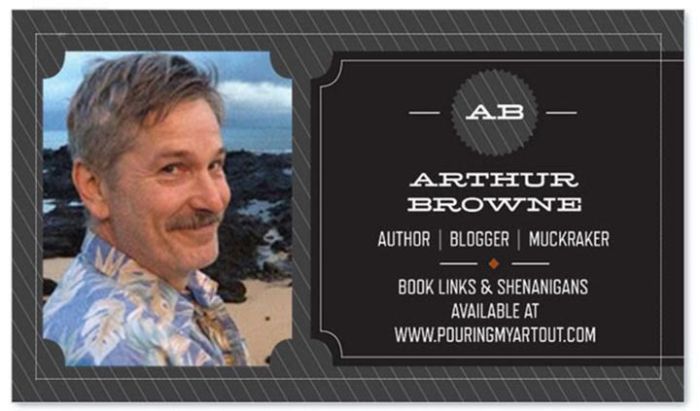 A.H. Browne was born and raised in the San Francisco Bay Area.

If you want to find out more about him or interact with him then he suggests moseying on over to his blog at Pouring My Art Out.

You can buy all of Arthur’s books in paperback over at The Book Patch via the link below:-

Still want more? Well, Arthur is a funny guy and the jokes are never far him whenever he is around. For more blog posts on the theme of ‘Jokes’, check out the links from my fellow bloggers below:-