It’s time to start the week off with a bang with another explosively interesting interview.

Today we talk to disability equality champion and diversely talented multi-genre author David Sindall about his latest novel, his writing ethics and how to write at your very best.

Hi there David, great to have you as a guest over here today and looking forward to hearing more about your books and writing processes.

Let’s start with your debut novel “After Alyson”. Can you tell us more about this Contemporary Romance, why our hero Mark Garvey is in the position that he is in, how we can relate to him and the struggles that he faces as he tries to get over the infamous Alyson?

Ah, yes, Mark Garvey! People who know me have suggested that ‘After Alyson’ is my autobiography, which I have to say it isn’t. The book is about the challenges of being male and vaguely progressive in the modern world. So Mark is always trying to ‘do the right thing’ but his lust is getting in the way of it all. He lacks a huge amount of self-control and has an inability to learn from the past, so makes the same mistakes in relationships.

The interesting thing about ‘After Alyson’, from my perspective, is that I wrote it as a novel for men. I deliberately wanted to engage a male audience, so there’s is lots about football, sex and women. Yet the people who have read it most have been women. They see Mark as a contemporary alpha male, and seem fascinated by him. Mark’s struggle is about his want to be a better person, and the journey he tries to make to get there, and his inability to conquer his own self indulgence.

You have another novel coming out towards the end of September called “Snatched” and it certainly sounds different in tone to After Alyson! This new novel of yours is a fast paced thriller about child kidnapping from the perspective of the kidnapper, so tell us more about the lead character and what can we expect to go wrong for him over the course of time as he conducts his dubious ventures?

Well Kieran, the lead character, is very different to Mark Garvey. Kieran believes that his job, stealing children to order for rich Russian & Arab oligarchs, is just a job. The novel was inspired by days at work in the past, which I think many people have had, where you come home and think ‘seriously, aren’t I a better person than this?!’ Yet Kieran never has those doubts. He is undone by an accomplice, Anna, who develops a conscience. I suppose in the end Kieran is undone by his greed and his arrogance, which in a way isn’t that different to Mark Garvey. Kieran steals children for financial gain, Mark steals hearts for personal gratification.

If your novels were to be made into movies, who would you cast in the lead roles?
I am a cinema addict, usually watching about 70 films a year at the cinema! For ‘After Alyson’ I would have been really tempted to cast against stereotype, and put someone like Lenny Henry into the lead role, or given Mark’s deafness, and the person I had in mind in the first place, David Bower, who played Hugh Grant’s deaf brother in ‘Four Weddings and a Funeral. ‘Alyson’ would have to be played by someone like Daisy Ridley or Phoebe Tonkin.

For ‘Snatched’ I would want Daniel Craig, everybody else can wait in line behind him. Actually, that’s not true, maybe I would consider Colin Firth for the role. The book is set in Chiswick and he lives locally, so he wouldn’t have to travel too far. It would be fun if the role of Anna was cast against type, and as I know she is looking for her first serious role, I would be tempted to put Rebel Wilson in it, but my wife would chop my bits off if I did that. Maybe I would go for an emerging star, like Tihana Lazovic.

God though, I mean, that would be success and we would delude ourselves, as writers, to think we had any say over such things. I just want people to enjoy reading my books, anything else would be a bonus.

Well, top of the list is Graham Greene. I love the layers to his work and have read all of his novels. Of contemporary writers people like Iain Banks, Philip Roth, Jonathan Coe and Audrey Niffenegger. I started writing plays initially, and I’d like to return to writing them in the future, so I have been influenced by the likes of Howard Brenton and contemporary modern playwrites. Before that I was writing poetry and even, by sheer fluke, managed to share a stage with Michael Donaghy once at the Poetry Cafe. Yet his work also has had a big influence on my writing.

‘After Alyson’ didn’t involve much research, just drawing upon memories and repackaging them into fictional settings. For ‘Snatched’ I wanted all the places that are mentioned to be authentic so spent lots of time looking for places for Anna and Kieran to stay. I didn’t talk to any people who stole children for a living though, probably a good thing don’t you think? My next project (more about that later) will involve a great deal of research because it is set against the background of the Sri Lankan civil war and the Tamil Tigers. 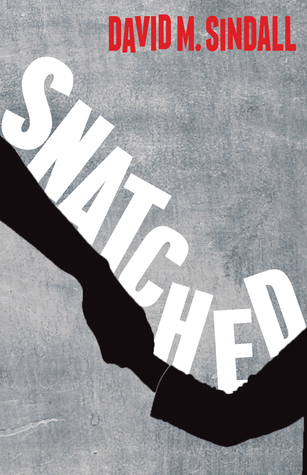 On days when the writing is not flowing I often ask myself the same question! I write because I enjoy it. I want to entertain and engage the reader, not play intellectual games with them or become self-indulgent. Also, given my own experience of hearing impairment, I write about disability, but this is a recurring under current, not an in your face thing. For me a good book is like a good film, it enables you to escape, to go on a journey and if when you put the book down your perspective has changed a little then that’s all positive.

One person inspired me to become a writer. The late Colin Welland. I remember him winning his Oscar for the ‘Chariots of Fire’ Screenplay and thinking ‘I want to do that’. Years later I lived a few doors away from him in Barnes. He was the bloke in the pub who was often not sober and no longer writing. It was a warning. Awards don’t guarantee success and you have to keep working to keep in the game. I still hanker after a ‘Best Screenplay’ BAFTA though.

I don’t force my writing. I have learnt to be patient with myself. Initially, I planned that my second novel would be a book called ‘First Divi’ that I got about a third of the way through writing. I then got stuck and was torturing myself about how it wasn’t working. In the end I realised that I just needed to drop it. I wasn’t interested by the story and I realised if it wasn’t interesting me why would it interest anybody else? That was a useful lesson.

I write best when I am happiest. I also write best on long train journeys or when I am on holiday. ‘Snatched’ was drafted over an 18 month period in Spain, Thailand, India and London.

I spend far too much time watching my useless football team, Tranmere Rovers. I also cycle, walk and, as mentioned previously, escape into the darkness of the cinema.

I have a few projects on the go. The next novel has a working title of ‘Lisa and the Tiger that left the jungle’. It is about a former Tamil Tiger who comes to London, puts his past behind him, but is then uncovered. I am also trying to write my first children’s novel and I am toying with the idea of turning ‘First Divi’ into a play.

Write about what you know about and care about. Put characters into your work that the reader cares about, people who they love or dislikes. Make sure that you are interested in what you’re writing and don’t be self indulgent. Oh, and cherish all feedback. The worst thing you can encounter is indifference. If someone hates your work at least they have engaged with it.

And that’s a wrap! Thank you for chatting to us David, we sincerely appreciate it and can’t wait to get stuck into your books. 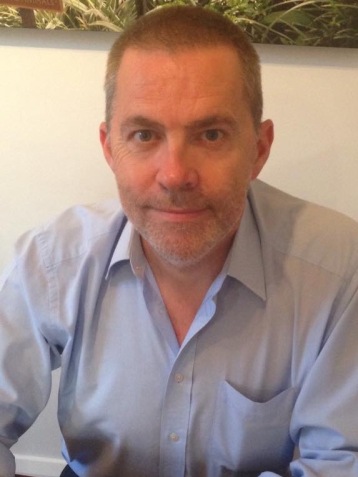 David Sindall was born in Birkenhead and is a graduate of Bradford University. He is married, lives in Chiswick in west London and runs his own consultancy Aldridge Prenton.

David’s professional routes are in the field of disability equality, he has a hearing impairment himself. His first novel, ‘After Alyson’ was published in 2013 and his latest novel is scheduled for publication at the end of September (although the e-book version can now be purchased online).

As well as his books David has also written plays, including ‘Three Turds’ performed at the Edinburgh Fringe and ‘Through Cats Eyes’ at the Sheffield Crucible.

Connect with David and find out more about him via the following Social Media platforms:-

One thought on “Author Interview – David Sindall – After Alyson & Snatched”